In 2006, after more than 10 years of diving, I suddenly developed an allergy to neoprene! Even the slightest contact would render my entire body in painful, itchy, red lumps and using rash vests and other barriers just didn't work. On further reading, it seemed that the chemicals used in treating neoprene would dissolve into the water around my body, and penetrate the barrier, rendering it useless. This was a real suprise as I had been almost living in neoprene whilst working as a professional diving instructor and underwater cameraman! That summer I had committed myself to helping a colleague start up a diving centre in Tenerife, and was required to dive 2 or 3 times a day, in air temperatures of 34-40ºC. In the end the only solution was to wear a drysuit, which was a real struggle in that heat!

As a professional diver, I was really forced to find a solution. A drysuit is fine for certain situations, but it's unneccessary in warmer climates, a big hassle to get in an out of, and doesn't really give you the freedom of movement you can acheive in a neoprene wetsuit. In a drysuit I have to carry 8Kg of lead, but only 2-4Kg in a wetsuit.

My first breakthrough came a year or so later when I found Fourth Element and their Thermocline range. These suits are equivalent to a 2mm of wetsuit, but are neoprene free, and I was able to wear them with a shorty neoprene suit on top, without any allergic reaction. A 2mm suit can be enough in temperatures above 25ºC, but below that, the shorty made a big difference. I have even worn a full 5mm suit on top, and had some minor allergic reactions, but with some antihistimine, it was defintely worth the minor inconvenience to have the extra thermal protection in colder (18-20ºC) water.

Thermocline wetsuits are neutrally buouyant, so with a shorty and the aluminium backplate for my wing BCD, I never needed to add any extra weights, which made camera operating really easy and balletic! I have stuck with Fourth Element for over 10 years, but always hoped I would find something a bit warmer, that didn't need to be layered (extra work putting on the layers!).

Around 2016, I got wind of a new type of natural rubber called, Yulex, which Patagonia had developed and was planning to make into "neoprene-free" wetsuits. I was obviously curious, and regularly Googled for updates, but only this year (2018) did I discover the suits were finally on sale, although not cheap at 475 euros for the R3 suit. One of the downsides of being "stuck" on a paradise islands, such as Tenerife, is not having access to all the shops a big metropopalis has to offer, so I was a bit nervous about throwing that much money into a suit I knew very little about. However I took a risk, and bought a suit on-line from Patagonia's European website. 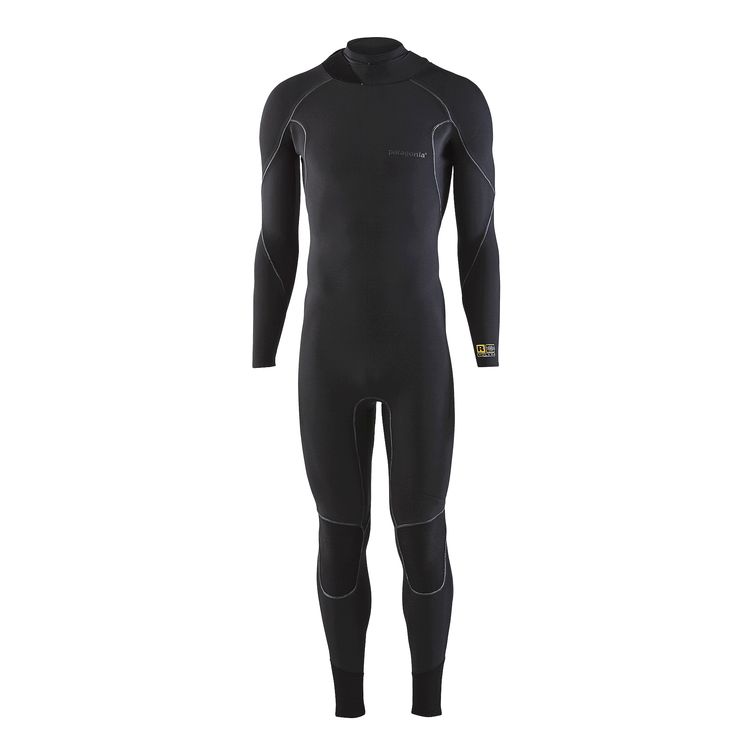 I found the service from Patagonia to be excellent, and after a week the suit appeared with a DHL couurier. It fitted perfectly and first impressions were excellent. Very comfortable, well made, and after spending an hour in it cooking dinner at home, there was no allergic reaction! The R3 suit offers 3.5mm thickness around the arms and legs and 4.5mm around the torso and thighs. I chose the back-zip version which can be put on and taken off on my own, but there are front zip versions as well.

Now I have my first Yulex suit from Patagonia, I am encouraged to spend more money on one of their warmer suits as well. They are expensive, but I consider this to be a business investment, so I can get on with my job in comfort.

I hope this information will be usefull to fellow neoprene allergy sufferers so you can get out into the water again to enjoy your sport or profession.